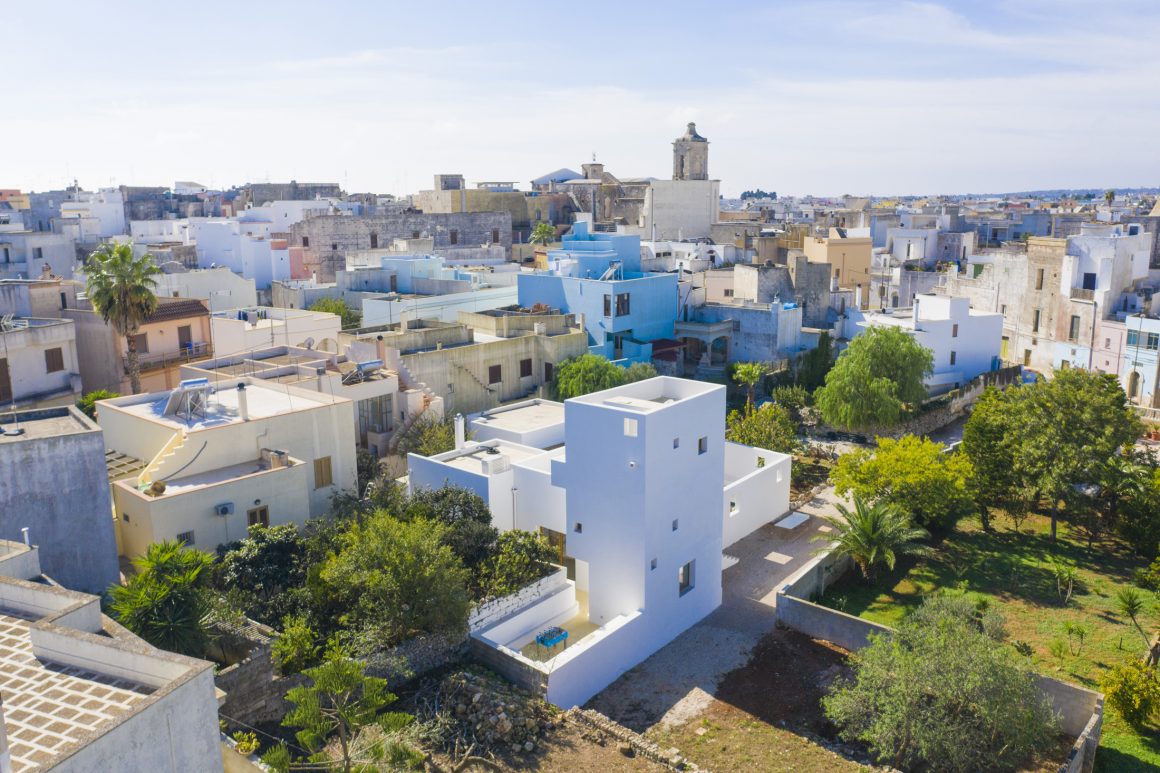 Lorenzo Grifantini is the Roman turned Londoner. Today he lives in London together with his wife Allegra Figus and their two kids and is one of the founders of the successful architecture firm DOS Architects with ongoing projects in London, Africa, and the Middle East. The project that in the end would become La Torre Bianca was executed by both Lorenzo and Allegra. Allegra did the interior design and assisted during the construction phase by finding local craftsmen and manufacturers, while Lorenzo is the architect. But being a professional in your personal life, might not be entirely of benefit when building something for yourself.

– Building a house for yourself is much harder because there is less time constrain, the brief is open, and it can change suddenly. More are the constraints, easier is to make a project, says Lorenzo.

After spending years finding the ideal place in Salento, the couple found a small plot of land in Gagliano del Capo. A location just minutes away from the Adriatic Coast and the Ionian Sea. The house is situated in a dense urban context, but still tucked away hidden behind the San Rocco Church. The site is also connected to a famous footpath, named Ciolo, that links Gagliano del Capo to the sea.

La Torre Bianca is a courtyard house that is overlooked by a 12-meter tower where all the main bedrooms are located. Although, La Torre Bianca is a modern building built in a cubic way it does not interfere with the existing environment in La Gagliano del Capo. One of the reasons of building an upstanding house is to establish a dialogue to the existing urban landscape in the area and therefore the tower is in line with the bell tower of the nearby San Rocco church.

For some, it might be a peculiar thing to build a house in this way, could you explain the idea behind it?

– There are 3 reasons, all very important. Firstly to maximize the land footprint and give as much space as possible to the external courtyard and gardens but also fulfilling our requirement of having 5 bedrooms. Secondly, because on the tower rooftop there is a wonderful sea view! And lastly, its reminiscence of the Norman watchtowers, a typical and fascinating element of the coastal landscape of Salento, explains Lorenzo.

Besides the eye-catching tower, La Torre Bianca is composed of a central courtyard that is the real center of the construction. Creating an interaction between both inside and outside, which makes an inviting feeling to the whole building.

When building it, what were the most important characteristics you wanted to achieve?

– One thing was making the central courtyard the real heart of the house, a place of conviviality and play, where the swimming pool and the carefully selected vegetation reproduce the presence of natural elements. Achieving natural cross ventilation through the use of the sliding doors and the accessory patios giving a sense of openness and also the interplay of light and shadow onto the white surfaces of the volumes producing an ever-changing backdrop to the life inside the house.

What is the thing you love the most about ’La Torre Bianca’?

– The incredibly warm sunlight flooding the courtyard during the sunset, with the church bells ringing and the sound of the birds in the distance. In that specific moment, it seems to be somewhere in the Middle East.

As for many, Apulia is a place that lies close to the heart for Lorenzo and has done for a long time. Even before La Torre Bianca was even planned.

What does Apulia mean to you – personally and in your work life?

– Apulia has been with me for many years, way before I started building my house. It was the place where in my twenties I was going in search of adventures. Salento, in particular, is the far east of Italy, its the Finisterre. In Santa Maria di Leuca there is a billboard stating “Benvenuti, de Finibus terrae” (tr. Welcome to the End of the World). Beyond that point there is Greece, there is the Middle East, there are different populations and costumes. Salento is one of those incredibly fascinating places where you have the feeling of being at the end of the world. With time Apulia became a base to meet my family, scattered all over Europe, and the place in where, once a year, we all meet.

What defines home for you?

– Waking up early in the morning, having a walk to the bar in the main square, having a cornetto and an espresso while reading a freshly issued newspaper.

You may request to book the property here: 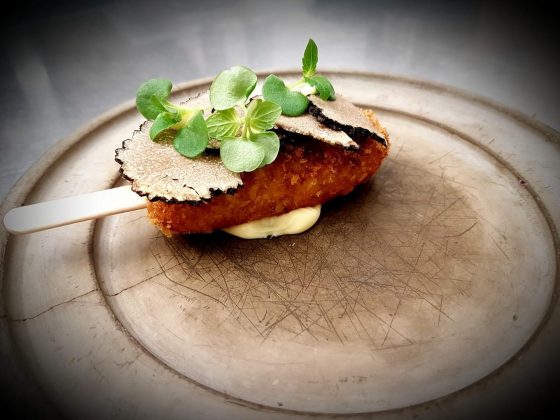 The Patterns of Salentu | Visualizing the Roots

From Gravel Quarry to Community Hideaway