A Music Journey into Mindfulness

Not only does music lead the way to conscious living, but it can make meditation easier and more accessible. Raff Ricci, founder of the revolutionary music meditation app MEYA, talks about his journey into mindfulness and the ways his app can help people attain their life’s potential. So, no matter where you are – working remotely from home or visiting Puglia at long last – you can reach for a tool that will help you transcend your limitations and begin living more consciously.

Londoners fumbled those melodic four syllables in Raffaele, so when Ricci left Italy three decades ago for a life in England, he became Raff. For twenty years, he worked in banking, attaining the kind of success that only a self-aware person realizes isn’t leading to fulfillment. In 2013 Ricci suffered a series of setbacks and struggled to regain momentum and purpose. This was not a matter of getting his former life back on track; rather, it was a wake-up call to find a new calling.

Ricci tapped into a formative experience of dancing at the legendary techno club Ministry of Sound in the early 1990s. He recalled that remarkable state he had attained, moving his body to the beat, his mind calibrating itself into pure connectedness. This was the seed of the solution. Not anti-depressants, not rebooting a career in finance. Meditating with an assist from music. Studying up on consciousness. Waking up to find his true north. And creating a solution he could understand intellectually, in addition to benefiting from it in practice. Not a shortcut, not a magic pill, but a method that makes sense, so that even in moments of doubt, the skeptical Westerner within can manage to stay the course. 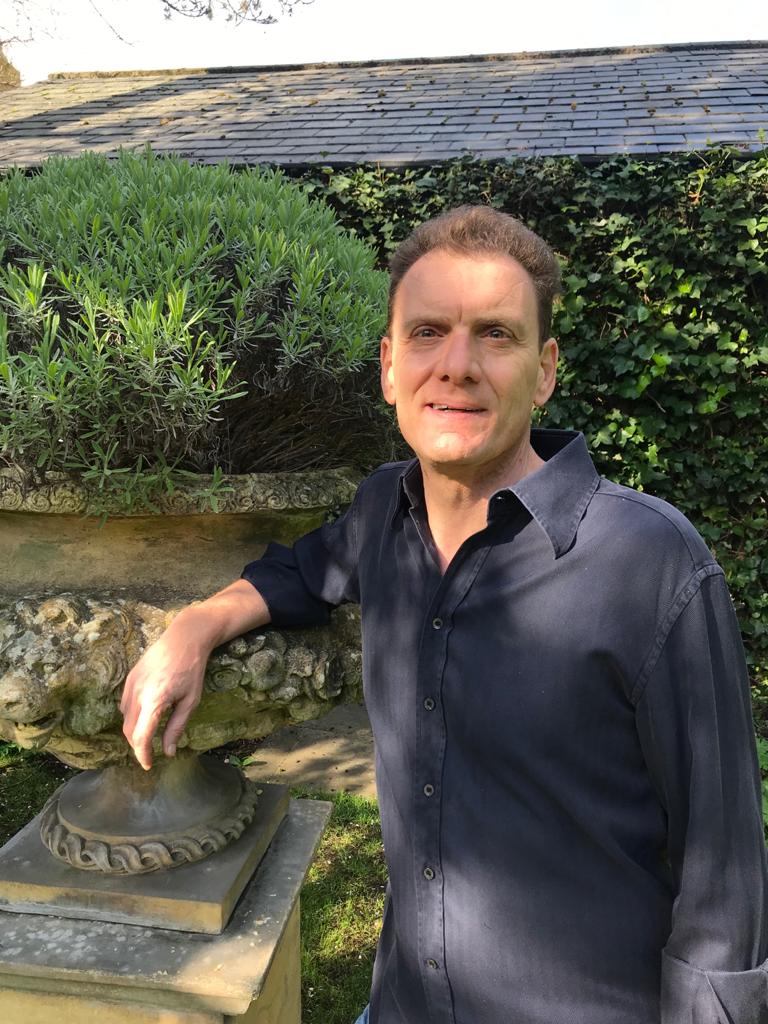 Ricci has the compact frame and excellent posture of a man you know is stronger than he looks. His black-rimmed glasses and black T-shirt seem more elegant than they might on another wearer. He could be head of security for someone you wouldn’t guess has one. Ricci’s philosophy puts accountability first. “We can be positive all we like,” says Ricci, “but, unless we take responsibility for everything we are attracting into our lives, our subconscious stays in victim mode. Because the mind is 95% subconscious. I want to help people switch their frame of mind from victim to victor, from unconscious slave to conscious creator. The change outside is the result of the change inside.”

Bringing Meditation to the Dancefloor

By the time Ricci’s dream was becoming a reality, he and his co-founders had two clear goals in mind for MEYA: to help elevate the listener’s energy and to help change the beliefs and vision that affect the course of living. Unlike other meditation apps, however, this one is all about bringing the power of music to meditation and presence/mindfulness/meditation to the dancefloor. MEYA combines the power of positive language with electronic music created specifically to maximize its sound healing potential.

The signature features include solfeggio frequencies—among them the famed 432 Hz, shown to vibrate water molecules into harmonious alignment—and a binaural delivery system, which relies on headphones to feed different sounds through each ear to give the brain a soothing auto-pilot puzzle to solve. We “hear” an additional third frequency to resolve the contradicting inputs. This forces the brain to have something to do, so anxious thinking has to take a back seat. Add to this an inviting, trance-inducing pulse and MEYA turns a typically static process dynamic, harnessing the way music can physically bring us into the present moment. Whether it’s a run on the beach, dancing amid Apulia’s millennia-old olive groves, or mindful jamming while you do the housework, MEYA-powered moments take you into the here-and-now without putting excess demands on your self-control.

The more you listen, the more these new views are ingrained in your mind, because you can listen to a song many times. Then, when you are in a situation when you are anxious or upset, you remember a song telling you to breathe or change the perspective.

Many users report that with MEYA they do not struggle as much to keep thoughts out and body awareness in. Some people who previously found meditation outright impossible to put into practice are now able to discover its benefits and luxuriate in the experience.

Also important is the intention behind the music. Ricci explains that the original purpose of art was to elevate the spirit, in contrast to much of today’s art, which tends to be about self-expression or politics. Working across many genres, the in-house electronic music producers and guest DJs who create the MEYA “Music Mind Journeys” and pure music tracks do so with the intention to elevate. Same goes for the force motivating the entire MEYA team, including co-founders, mindfulness experts, app designers, and the two red-hot DJs who are weeks away from being announced as partners. In fact, music created with the right intention is so central to the brand that sister to MEYA the meditation app is MEYA music label.

Pure electronic music with sound healing properties is one section of the app. Music – use as needed. The part called Mind helps maximize the potential for focus and creativity through guided meditations, visualizations, and positive affirmations. And Awakening contains guided sessions to help listeners gain a new perspective on life – to be more present, to deal with difficult emotions, and to change one’s outlook on life. “Four different practices combine to make this happen,” Ricci says. “One leverages the power of intention to increase self-awareness. Another triggers the mindset shift. The third, called self-observation, leads to self-correction. The Fourth uses the heart to create emotional transmutation. This is what we mean by inner alchemy. Anger can be transformed into determination, sadness into enthusiasm for a new beginning, fear into a resolution to take action, pity into compassion, resentment into forgiveness. You can turn spiritual lead into gold.” It’s as though the healing music helps us learn from these lessons so that even when the music stops, the practice can continue. Helpfully, many of the MEYA tracks explain how to implement the new in practice.

One, leverage the power of intention to increase self-awareness. Two, execute a mind-set shift. Three, let self-observation lead to self-correction. Four, use the heart to create emotional transmutation. This is what we mean by inner alchemy.

For a newcomer to meditation, whose main objective is inner work – like the author of this article – the Awakening section may be the best place to start. The tracks here address intro-to-mindfulness types of topics while allowing the music to work its magic in the background. The effects are positive, immediate, and lasting. A new perspective. More energy for spiritual growth. Enhanced hope that change is possible.

Listen to a sample meditation soundtrack on SoundCloud

Travelers, in turn, may find that meditation helps set the intention to enjoy each moment as it comes. As Ricci’s tells it, “when we are in the moment our mind cannot trigger the automatic thinking about the stresses we left at home or about how many days remain before we have to go back to deal with them. So a holiday enjoyed with a sense of presence not only is more enjoyable but also feels longer.”

Asked about the origins of the brand name, Ricci smiles like a man with a secret. For a moment I think he won’t tell, but he does. MEYA was originally an acronym. Make energy your awareness, answer, and alchemy. But it worked as a word, so there was no need to spell it out. The brand is about going beyond meditation and letting music awaken the true self. It fits with a smooth-sounding, fluid, and abstract name like MEYA, with no voiceless consonants and no abrupt stops. It’s as musical as words get.

The app has one language version for now – English – and its largest markets are the US and the UK. An Italian language version might be in the works one day. Ricci reports that Italy has some amazing teachers of mindfulness and meditation with a growing following to confirm the trend. Like everywhere else in Western society, people in Italy are open to innovative mental health tools to manage the mind and find answers.

Ricci’s eyes light up when I bring up Apulia. “Puglia is as beautiful as than Tuscany, which is where I come from,” he says. He recalls walking on the beach near Ostuni. And right away he starts making connections between the dreamy region that makes up the heel of Italy’s boot and the music that might best capture its subtly Middle Eastern-tinged energy. He imagines something uplifting or relaxing, perfect for travelers who want a soundtrack to a real or virtual Apulian experience. 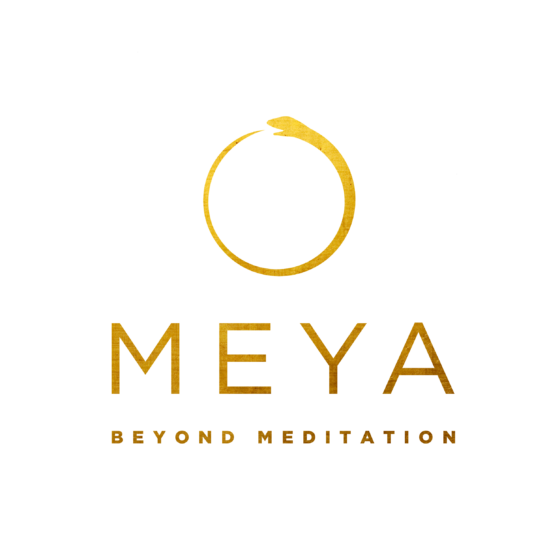 Natalia Osiatynska is a freelance writer and branding consultant based in Warsaw, Poland. Additionally, she shoots product and lifestyle photography and knows her way around a kitchen. Natalia studied drama in college and linguistics in graduate school. Her interests may seem broad, but in everything she does, whether it’s cooking, taking pictures, or writing, she is always removing the unnecessary and searching for clarity.

Let there be light: VAIR Spa