A young Apulian brand that brings generations-worth of breeding knowledge into textile production, Pecore Attive earned the Green Oscar award thanks to Filippo Clement’s deep connection with the land and expertise in wool production. In a chat with VIA magazine, Filippo Clemente weaves the story of a land full of culture, natural textures, and business possibilities.

On the hills of the Murgia plateau sits the town of Altamura, where Filippo Clemente and his family currently reside. Apart from its celebrated bread makers, Altamura is also well-known for grazing and raising the indigenous domestic Altamura sheep breed, which has been one of the primary economic resources for local farmers for centuries. However, it is now hanging on the verge of extinction; the Altamura sheep population has shrunk from 200,000 to 200 in just thirty years, and its wool is considered mere waste.

With the support of European farming incentives, including Filippo’s entrepreneurial idea, that number is slowly rising again. Filippo established Pecore Attive in 2010 after participating in the regional call for ‘Principi Attivi’ in Puglia. The company’s core business is to recover sheep wool into the design and fashion goods, with the help of local veterans and young farmers who are repopulating their pastures by inserting and conserving native breeds. 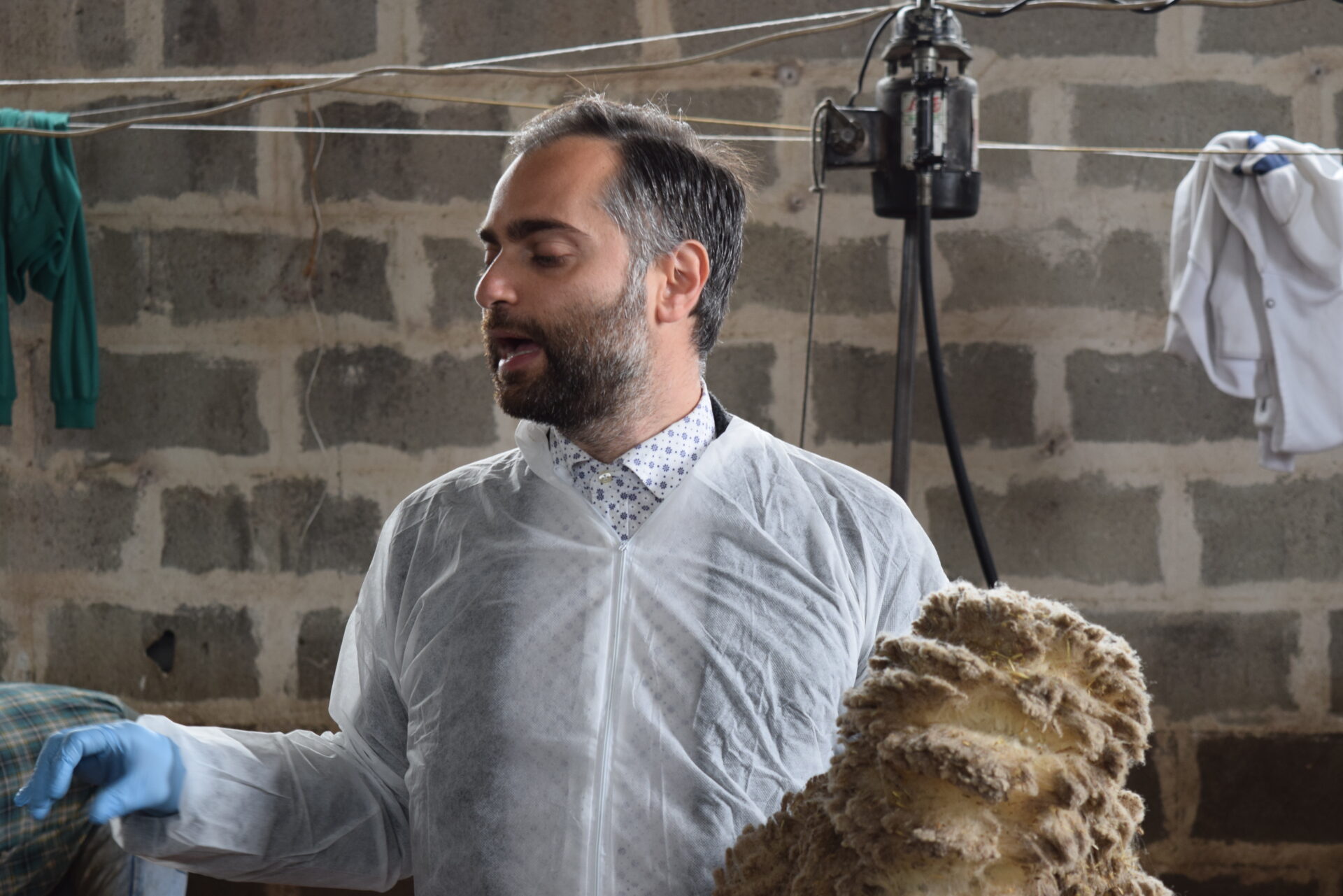 Before embarking on this journey, Fillipo bore a valuable premise. Like many young entrepreneurs from the region, he comes from a family of craftsmen, starting with his grandfather. By merging the knowledge of generations in breeding, craftsmanship, and his own engineering skills he could take part in a life-changing yet fulfilling adventure. The idea came about when two of his researcher friends from the Faculty of Biology told him how Puglia’s wool culture has gone missing and presented the concept destined for success.

“I have always said that I desire to do something beautiful rather than go somewhere else. We want to leave the mark that it is not a question of when one wants the merits of the newspaper article to say that this man has made these magnitudes, but to leave a legacy to future generations.”

As a result of extensive research, Fillipo discovered that “From the Renaissance and very distant eras, Alta Murgia wool went to Trani and Barletta’s commercial ports. Then, to Venezia… Then, they sold it to the Florentines, where there were families of wool processing”. These sheep breeds are indigenous to the region, and have adapted to the territory and can resist the transmission of diseases. Filippo draws a parallel in this way, “It is better to host people who come from other countries, to be welcoming, rather than to include plants or animal species that are not ours.” The more he studied, the more convinced he became. Resuming breeding these local breeds to maintain biodiversity was another reason for him to create Pecore Attive.

Considerable research and experiences are behind the Pecore Attive project. Filippo searched for Apulian organizations with appealing business models that could contribute to his vision and values. Among them are the Lanificio Oliva in Altamura which transforms shearing wool into blankets, and Lattarulo, an old mill that produces fabrics for the army in the town of Gioia del Colle. 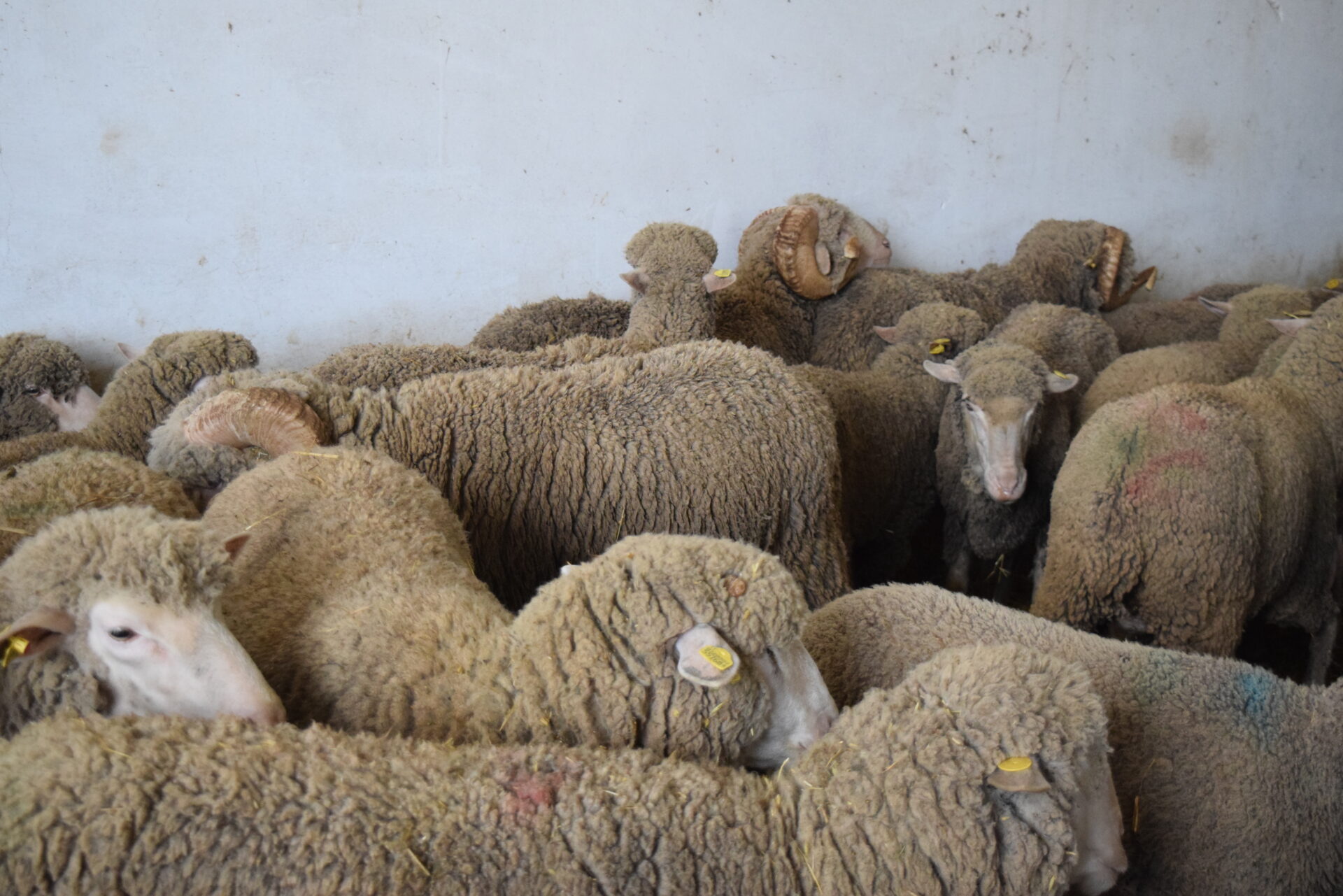 Overseeing the entire process, he begins with fleece selection, spring shearing, and manual sorting, ending with ensuring external collaborations with architects, fashion designers, and engineers. To achieve a participatory business model, Filippo strives to work with young breeders and works with people in his region to optimize close-distance work management. “I pay attention to the life cycle assessment…  I try to minimize transportation, weight, and volumes because some activities are necessarily done here and others outside. I try to work with realities close to me,” said Filippo.

Being a small brand with a big vision, Pecore Attive has obtained impressive success through multiple partnerships with artisans and creatives. In collaboration with Donato Mercadante, the company realized an eyewear design with sheep wool frames, earning them the Green Oscar award supported by Campagna Amica in 2017. This collaboration marked the start of several others, including participation at the Vienna Design Week in 2019 with an installation named “L’albero Genealogico Della Pecora” (“The Family Tree of the Sheep”) that recalls the story of wool. Finally, he had the fortune to exhibit at MAK Museum in Vienna with a Pecore Attive-made chair, exploring North European aesthetics.

Filippo shows me the packaging for this collaboration and explains how touch is essential to a newborn child, seeking to distinguish one object from another. Indeed, touch comes way before seeing the final object. Filippo has worked with visually impaired individuals who could distinguish the Altamura wool from others by a single touch. Hence, the material is in the foreground of the whole concept. He shows me the packaging, removes the fabric pouch with the Pecore Attive logo, and reveals the women’s eyeglasses designed using tinted fabric waste. Filippo admits that it took proper engineering skills, a strong creative concept, and substantial financial investment to set off this idea.

I understand that the entrepreneur must generate business, they must also create wealth, but business must also be cultivated. So, instead, what I’m doing is making that culture..  that fertile land where later it will be easier to do business in this territory and with this raw material in the next 20 – 30 years.

Living and working in the Apulian countryside leaves the entrepreneur at ease; it is work that can be done by hand, be it cultivating a vegetable garden, repairing dry stone walls, pruning olive trees, or weaving baskets. In Filippo’s eyes, the land of Puglia is not just a handful of soil but a place that breathes nature, culture, and beauty. Puglia fascinates him with the barren yet dramatic landscape of the Bari Murgia, “rich in material and immaterial traditions.”  It is a landscape that reminds Filippo of some of Van Gogh’s works, “where the details of his works testify to his great love for nature and truth. A truth that often hurts but sometimes also does so much good.” And it is this land that is breeding the future of Pecore Attive in the future to come.